Where Are the Literary Rebels? 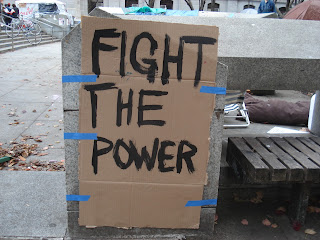 Where are those writers who’ll call for a level playing field, for the breaking of cronyism, privilege, and monopoly? When will it be time for the arts to throw off the domination of a tiny elite, and so bring out and reinvigorate the true source of all authentic art—the voice and aspiration and pain and experience of the people?

When will we see this? In some far off never-to-be-defined-exactly utopian future, as if those who’ve made the claims—while doing the opposite—are scamming? Or will we see it now? Today? Immediately?

There’s no tomorrow when doing things the true and honest way.

Where are the young rebels, young literary rebels, young writers with true voices and honest, clear-seeing eyes, willing and brave enough to shake off the corrupt system which has produced for this nation’s fiction and poetry only institutionalized and perpetual stagnancy? ART isn’t about the status quo. It’s not about staying the same. It’s about action, about being dynamic, always moving, always changing, mutating, improving, challenging, combating, screaming, crying out loudly again and again for artistic revival and change. Who’s willing to throw off the shackles of intellectual conformity?

All those willing to be literary rebels and make literary history please contact me, or one of the other courageous men and women banding together to restart the ultimate radical writers organization, the Underground Literary Alliance, popularly known as the ULA.
Posted by King Wenclas at 6:20 AM

Please note: All spam from unknown sources will be deleted. If you have something to say or advertise in synch with the theme of this post or this blog, please identify yourself and contact me. I and my colleagues are eager to work together with like-minded writers, from whatever part of the literary scene. Thanks.

WE'RE LOOKING FOR SEXY WEBCAM MODELS!
EARN UP TO $10,000 EVERY WEEK.
SIGN-UP AS A BONGA MODELS CAM MODEL TODAY!