WOULD YOU like to send a high-quality literary gift to relatives or friends?

You could not do better than ordering New Pop Lit's top-of-the-line literary journal, ZEENITH.

Further, your ordered copy will be sent to designated giftee within one business day, first class mail, in a special silver-colored holiday envelope.

Posted by King Wenclas at 8:44 AM No comments: 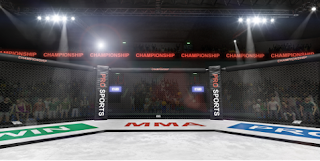 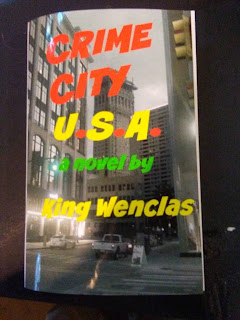 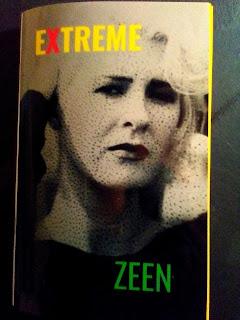 Yes, it's here. The first literary journal since the 1920's to leap into an entirely new aesthetic direction. The first of many such experiments which will redefine what the presentation of literary art looks like.

Strictly an analog product-- one which needs to be held in the hand and gently fondled for maximum impact.

Don't be left behind. Purchase Extreme Zeen NOW at the new Pop-Lit Shop.

Thank you in advance.
Posted by King Wenclas at 6:59 AM No comments: 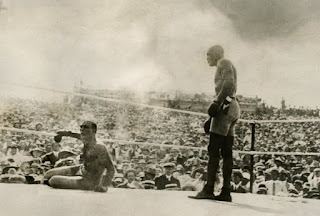 Posted by King Wenclas at 7:24 PM No comments: 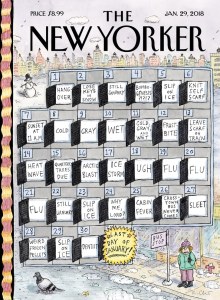 THE LEADING forum for fiction and poetry, still, is The New Yorker magazine. Stodgy and tottering, waiting to be knocked off its pedestal. Eventually it will collapse by itself, from exhaustion and irrelevance. Until then we don’t mind giving it a push. So, bravely, we decided to review the January 29 issue– which meant having to read it! (Aaarrgh!)


A REVIEW
Usual cover. Turn the page. Everything is boring. Everything is bland. We’ve heard of The New Yorker‘s house style. Their house style might’ve worked in 1938. It doesn’t work now. The publication is as predictable as oatmeal.
POETRY

(Jhumpa Lahiri.)
The issue’s short story, “The Boundary” by Jhumpa Lahiri, is all narrative– a simple listing of details which are supposed to have meaning, but don’t.
“I show her where the mouse poison is hidden. Kill the flies before going to bed, I suggest, otherwise they start buzzing at dawn and become a nuisance. I explain how to get to the supermarket, how to use the washing machine behind the house, and where to hang the laundry, just on the other side of my father’s garden.”
It’s insipid, but this is the kind of fiction the magazine’s editors like. There’s one moment of drama two-thirds of the way in. Don’t know if many readers will stick with it that long.
The chief feature of the story for the magazine’s editors is that it’s written by an Indian-American and translated from Italian, which gives it the veneer of the cosmopolitan, though the story itself is boring. Hit the diversity buttons!
Jhumpa Lahiri is one of those well-connected establishment writers who’s won multiple awards and has multiple degrees, teaches at Princeton, won a Pulitzer, member of numerous committees, VP at PEN America, etc. etc. etc. With her resume you can write mediocre stories and still be published in The New Yorker.
LITERARY CRITICISM
This issue has a critical essay by house literary critic James Wood, a Brit who teaches at Harvard. Gotta be good, right? Uh, no.
The James Wood essay gives the New Yorker‘s game away.  Most journals have a word-count limit. A maximum length for essays and stories. The New Yorker has a minimum word count. Writing is required to be lengthy and verbose, whether the topic justifies it or not.
Think I’m joking?
Wood’s essay, on Scottish author Ali Smith, could be edited down to four words. “Ali Smith uses puns.” The challenge for Mr. Wood was to see how many variations of this thought he could come up with. Well-padded paragraphs devoid of insight but filled with flatulence.
“Is Smith drawn to creating wordy, precocious characters because she is so fond of puns, or do her intelligent characters naturally lead their author toward such word play?”
(“_________!”)
“Puns are delightful because they are at once deep and shallow. Still, some are more significant than others. A superabundant art naturally produces superfluity– lexical runoff, weak in nutrients.”
(“____________!!”)
The essay is impossibly tedious. An obscure Scottish author presented in the most monotonous way possible. Continuing to read it is like banging your head against a wall, again and again. Over and over. The editors told James Wood his assignment was to put airline passengers, or others who purchase the magazine, quickly and efficiently to sleep. Or to make Jhumpa Lahiri’s short story in the same issue appear by contrast swift and exciting.
ART CRITICISM

The big art essay, by Calvin Tomkins, designed to show New York City as the capital of the art world (it’s long been the capital of the scam art world) is about found object artist Danh Vo. Another expat– more p.c. points scored. Vo is one of those characters who collects such things as “kitchen appliances, furniture, tombstones,” and by daring to put them together creates for the incurably clueless faux significance. Vo’s works sell for as much as a million dollars. In the article he seems as perplexed by his success as we are.
ARTICLE

Further proof that The New Yorker is about hitting p.c. touchstones is found with the essay by Kathryn Schulz on forgotten black author William Melvin Kelley.

Like many such articles it’s as much about Kathryn Schulz as about the ostensible subject. A kind of exhibitionism: “Look at me! I found a book with an inscription to William Kelley in it and I’m introducing him to the world and I have a partner I’m liberal and progressive and me me me me–” The message Schulz is actually selling is a Sally Fields kind of message: “Please like me!”
Which, really, is the thrust of the magazine and the appeal for its affluent readers. They catch the markers of political correctness, and because they subscribe they can pat themselves on the back for being enlightened and superficially intelligent– they buy this renowned intellectual periodical, after all– and they keep the latest issue on their coffee tables so guests can see, “Yes, we are among the good people!” who voted the proper way, went to the right schools; Brown, Princeton, Harvard or Yale; have the correct breeding to never say or think the improper unapproved thing, and they never get too excited about anything– they like to express mild outrage on occasion; some will even write a letter to the editor to say they scanned that article on bees in Peru, they really did! and the one about poor Mr. Melvin Kelley it was really too bad though they likely won’t buy his books because they might be upsetting– and in their bubble world everything is fine I’m okay you’re okay though outside the carefully closed doors of their condos and their minds things are crazy.

Posted by King Wenclas at 9:13 AM No comments:

What have I been up to the past months?

For one thing, helping to develop the "3-D" multidimensional short story. One has been released here: