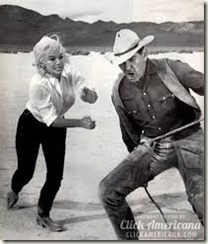 Reflections on an Essay

Noteworthy about the memoir is its frankness. McDonald isn’t presenting an idealized version of himself. Transparently present are the raging hormones of himself—and of both sexes—often taking precedence over politics. As would be expected among college students in their late teens and early twenties.

Sexual attraction between men and women is the something missing among the uptight p.c. political radicals of now. The very idea of it may be unwanted among that crowd—could itself be a truly radical act. At least in the academy now.

The current ethos among the intellectual Left is a kind of unreal puritanism. Desires are carefully regulated—especially male desires—where once they were channeled. This includes forbidden desires for goods and ego. Men must tread carefully in the alternate universe of the university, lest they offend someone.

One sees inevitable reactions to this mindset. The election of Donald Trump, walking embodiment of male ego, appetite, and political incorrectness, was one such reaction.

Former Democrat Trump isn’t a true conservative. The sharpest reactions against political correctness are from extremists whose ideas and behavior are anything but conservative.

Many of the alt-right’s leading figures, for instance, are young, and gay or bisexual. Some are professed Satanists. They’re invariably well-educated, are the creation of the academic Left and its doctrine of Identity Politics. The alt-right embraces Identity Politics, but with a twist.

The most extreme reaction to the ongoing feminization of the West is coming from radical Islamicists. (See ISIS.) Their behavior consists of total indulgence in the male appetite, with brutally negative consequences for all others.

America’s p.c. Left circa 2017 is full of contradictions. They embrace multiculturalism and disdain the West, yet the equalities they espouse are strictly the product of the West. I was reminded of this while rereading parts of the Somerset Maugham novel The Moon and Sixpence, whose chief character Charles Strickland is based on painter Paul Gaugin. Toward the end of the novel, Strickland encounters the uninhibited, “liberated” world of Tahiti—liberated, and as a result, completely sexist.

“I shall beat you,” Strickland tells a prospective mate.

“How else should I know you loved me?” she answers.

Civilization domesticates the male. Gaugin/”Strickland” flees from it.

One can’t ignore nature. One can’t put men into too strict of a box, or some will break out of it. 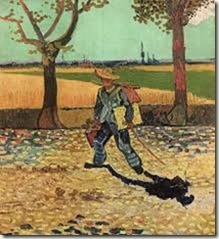 Among the many crimes of the Nazis against mankind was the destruction of Vincent van Gogh’s most poignant paintings, “The Painter on the Road to Tarascon.” Few works of art so well convey the determination of the independent artist who follows, against all obstacles and hardships, a unique vision.