(Pictured: Rumored to be a photo of Brooklyn’s Literary Snob Set at, er, work.)

WHAT is Brooklyn’s Literary Snob Set? WHO belongs to it? HOW do they operate? (The WHERE of the matter is obvious: gentrified sections of Brooklyn, NY.)

These are questions I’ll endeavor to answer in coming weeks.

Word has it that these are part of an endangered cultural species: supporters of New York-based establishment literature. Progeny of privilege. Well-connected holdovers clinging desperately to the familiar and known.

One thing is certain: NEW POP LIT (www.newpoplit.com) is an antidote to the east coast literary snob set.

Posted by King Wenclas at 11:07 AM No comments:

The problem with Daniel Handler’s “watermelon” remarks at the National Book Foundation black-tie awards ceremony in Manhattan last week is larger than one individual. They say a lot about the system of establishment literature. I’ve tried to examine the larger picture, first here at the NEW POP LIT blog:

Then at my ’”Literary Circus” blog:

Am I a biased observer? Absolutely! Daniel Handler spent years harassing a writers group I used to lead, the Underground Literary Alliance. He did so because our mission was to expose corruption within the clubby halls of establishment literature.

Unfortunately, anything I say here or elsewhere is overwhelmed by hordes of go-along-to-get-along writers retweeting articles which portray Handler in a more positive light. (He’s a man of immense wealth and power.)

The most unfortunate of these articles may be this “Shelf Life” post by self-proclaimed “social justice ally” Carolyn L. Todd, an Entertainment Weekly intern.

How far, Carolyn, do your principles go in the real world?

Posted by King Wenclas at 1:11 PM No comments: 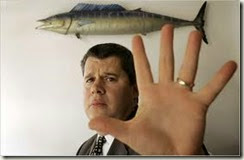 Posted by King Wenclas at 10:55 AM No comments:

I happened to stumble upon a twitter exchange between establishment novelist Ayelet Waldman and Salon writer Dahlia Lithwick. Waldman was congratulating Lithwick on an article in The New Republic which criticizes the narrowmindedness of the U.S. Supreme Court—as all have Ivy League educations.

Disconnected reality indeed! I made the mistake of pointing out that the east coast literary media is predominately Ivy League. I asked Ayelet Waldman where she was last decade when the Underground Literary Alliance tried to democratize the U.S. literary scene, and for its efforts was blackballed and destroyed. Ms. Waldman responded quickly:

@LiteraryCircus Seriously? You're questioning my advocacy? Because I'm not working on your issue in exactly they way you are? Fuck off.

Yes, I was questioning her selective advocacy—which clearly steers away from her own field. Dare not one criticize one of the elite! These are questions, of course, which members of the literary establishment can’t debate. They know they can’t debate them. During the entirety of the ULA’s history, the response was the same: invective and blackballing.

Do I need to mention that Ayelet Waldman is a Harvard graduate, while Dahlia Lithwick is a graduate of Yale?

Incidentally, or not, here’s a NEW POP LIT blog post which looks at the mindset of New York-based publishing.

Also be sure to read NPL’s latest Opinion piece, wrapping things up about the Tao Lin story, “Self-Marketing 101: Tao Lin”

My co-editor refers to the piece as “Art of the Con.” One thing to be said about Tao Lin is that he isn’t Ivy League—not part of the power elite—and so may have decided that extraordinary measures were needed.

Posted by King Wenclas at 3:45 PM No comments:

ORDER OR CHAOS IN THE UNIVERSE?

A major difference between modernists and postmodernists is how the writers or artists implicitly view the universe, and by extension, their art.

For instance, Joseph Conrad’s Heart of Darkness and F. Scott Fitzgerald’s The Great Gatsby both portray seemingly chaotic worlds. But the works themselves are as structured, as complex, as any literary works ever. They’re in line with how current physicists increasingly view the universe—chaotic on the surface, but behind this, far more complex and ordered, in a way we’re only beginning to comprehend.

In that sense, modernism is a truer depiction of the world. Today the postmodernists assume the world is chaos, and hand us sloppiness in their work. Baggy monsters. They don’t know where they’re going in their novels and don’t really care. The writing itself—the words and sentences—are their only value. They don’t understand that meaning comes with form and structure.

Another example of the use of structure is in music—the jump between the classically ordered mathematically-precise symphonies of Beethoven and the modernist impressionism of Claude Debussy. Behind the seeming jumble and flow of Debussy’s “La Mer” IS form and structure, which makes the work cohere, gives it momentum, and allows it to close at a peak, providing artistic satisfaction. The satisfaction of art; of form.

I attempt to provide complexity, simplicity, and form myself anyway in my recent ebook, Assassination of X. A murder takes place in a chaotic situation. The puzzle seems insoluble. Yet order and intelligence might after all be somewhere present behind all.

Read the novella and see if I accomplish my artistic goal.

Posted by King Wenclas at 4:37 PM No comments: