Many rail against corporate media—as I have—and corporate everything. An easy target. The question is: What do you replace it with?

For too many the objective seems to be Bigger Government. Top heavy bureaucracy. Yet this was tried in the Soviet Union and other places and failed.

Literature is stagnant because the choice seems to be between Monopoly Conglomerate mass market lowest-common-denominator junk, on the one hand, and NEA, university, and tax shelter-backed “literary” craftings on the other, which are as stagnant, and as junky, in their own way.

The third way is to decentralize. Not Big Government, Big Conglomerates, or Big anything. A freer and more open marketplace accommodating a wider variety of choices and new, unorthodox ideas. Neither running away from the market, nor dominating it. Letting it breathe. Idealistic, sure, but with the rise of ebooks, not completely naive.

Posted by King Wenclas at 11:34 AM No comments:

Here’s an interesting take on the Boston bombing perpetrators:

Note what Justin Raimondo says in the article about the current U.S.-Russia cold war.

I’ve found it curious that Keith Gessen and his literary journal n+1 have put themselves at the forefront of that cold war. What’s the agenda?

Posted by King Wenclas at 7:32 PM No comments: 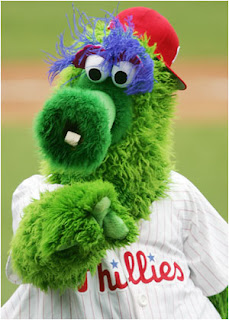 Contrary to rumor, this is NOT a photo of any of the alleged suspects in the various happenings which have taken place this week. Granted, the individual in the photo looks crazy-- but looks are deceiving. I have it on good authority that said individual is innocent of everything but enthusiasm for baseball and Philly cheesesteaks.
Posted by King Wenclas at 6:34 PM No comments:

Kirill Medvedev, currently paraded on display in the U.S. by the elitist literary journal n+1, has become a kind of circus animal cynically used by representatives of American literary cronyism and publishing monopoly. (Kirill: You’re being used.) I fear the reasons for this go beyond the effete Harvard crowd seeking credibility by association with him. The motives may have to do with support for an aggressive U.S. foreign policy which sees contemporary Russia not as potential ally, but as an opponent. Shades of Encounter and Partisan Review. In this instance n+1 is following the pattern of its intellectual role models.

Posted by King Wenclas at 9:27 AM No comments:

The hugely influential New York Times Book Review has a new editor, Pamela Paul. Will Ms. Paul sympathize with, and promote, the democratization of the literary art?

The answer is no, based on an article she wrote a few years ago sympathizing with the plight of America’s privileged:

The lower classes are not even an afterthought in Pamela Paul’s world.

Pamela Paul herself is an Ivy Leaguer, a Brown University grad, and has led quite the charmed literary life, according to her own bio:

Does anything ever change in the elite New York literary world?

The system is incapable of reforming itself. The only solution is to knock it down and start over.

To get a sense of how criticism is off the tracks in other fields besides the literary game, look at the various “Greatest” lists put out by Rolling Stone magazine. A “Greatest” rock guitarists list without Ted Nugent on it? From his time with Amboy Dukes alone, Ted Nugent qualifies. No Nugent, but instead, more approved names like John Lennon, Joni Mitchell(!), Paul Simon, and Bruce Springsteen. A p.c. popularity contest.

Bruce also made the Rolling Stone “Greatest Singers” list, at #36. Bruce Springsteen is many things. One thing he’s not is a singer. A shouter. Not a singer. The man never carried a tune or hit a note in his life.

Which isn’t all a bad thing, if raw authenticity is what you’re offering. Rock n’ roll was a reaction to polish and craft. It was a response to intellectual consensus about precision and talent.

Rolling Stone magazine is caught in a contradiction, because they, as New York-based cultural elitists, see their task as giving rock music intellectual respectability. A hopelessly mutant, deformed task as ever there was. Rock n’ roll music is instinct. It comes from the heart and the gut and the crotch, not from the brain. But there you have it. Without the pseudo-intellectualizing, the posing, no Rolling Stone magazine, with all that entails.

Note that on their lists, they don’t attempt to make a case for their choices. They give instead, appreciations. Ruminations centered upon how the person speaking was personally affected by the modest guitar playing of Joni Mitchell, or the impassioned caterwauling of Bruce Springsteen.

But here comes the problem. To make the leap from saloon to big time, Bruce became the creation and packaged product of monopoly media.

What do we make of the information that the album “Born to Run” took fourteen months in the studio, and huge sums of money, to create? (Six months for the title song alone.)

Six months for a song intended to encapsulate the rock n’ roll essence of simple emotion, working class life, and the street?

It sure wasn’t plopping the fellow down in a room with his guitar and letting him have at it!

By contrast, Elvis Presley recorded his version of “That’s All Right, Mama,” in his first day in a recording session, at tiny Sun Records in Memphis. A song that many regard as the primal blend of country with r & b. A song that also exhibited Presley’s pure, natural voice.

The Beatles’ first album was recorded in one day. One of the truly revolutionary albums in rock history.

“Born to Run,” once finished, became the subject of a massive p.r. campaign which culminated in cover stories in both Time and Newsweek news magazines. The album was news, apparently—but manipulated news. News manufactured by a giant record company in combination with a burgeoning rock music intellectual establishment seeking relevance and credibility. News created to be news, by puppetmasters behind the scenes.

All-in-all, a cynical happening. With “Born to Run” we have the example of manufactured authenticity. The fake genuine. Or, the genuine fake.

When you think of the implications, the notion becomes scary.
Posted by King Wenclas at 5:34 PM No comments:

Who Won, Who Lost?

AT Detroit’s famed used bookstore, John King Books, I picked up a copy of Kiss Kiss Bang Bang by Pauline Kael, a collection of the film critic’s reviews and essays from the 1960’s. The collection shows Kael’s few likes (John Huston; Katherine Hepburn) and many hates (David Lean; Ann-Margret; Natalie Wood; Christianity; et.al). Her essays are revealing not for what they say about movies, but what they reveal about her and her particular resentments and hang-ups. They’re also interesting for what they say about the neurotic attitude of the intellectual establishment, then and now. Pauline Kael has been a key influence on intellectual critical thought now.

Her most notorious essay, originally written for McCall’s (contrary to myth, she was not fired for writing it) is a takedown of the 1965 musical “The Sound of Music.” It’s more than a takedown. It’s a hysterical rant out of proportion to the substance of the movie itself. Something about it, its very existence, struck a nerve.

Kael dismisses the film, as she does well-made epics (see David Lean) as “an expensive product of modern technology.” But what are all movies the product of?

She goes on: “Whom could it offend? Only those of us who . . . loathe being manipulated in this way and are aware of how self-indulgent and cheap and ready-made are the responses we are made to feel. And we may become even more aware of the way we have been used and turned into emotional and aesthetic imbeciles when we hear ourselves humming those sickly, goody-goody songs.”

Pauline Kael’s gripe seems to be that “The Sound of Music” is a “wholesome” movie. What bothers her is that the characters in the movie are happy, and the audience, when viewing it, is happy.

Kael then trashes the character played by Julie Andrews for being “perfect”: “the sparkling maid, a mind as clean and well-brushed as her teeth.” Yet the point about the character is that she’s not perfect. In Kael’s own words, “gawky,” “sexless.” That she’s not perfect—if not homely, she’s no beauty, and lacks sex appeal—is why the audience identifies with her and roots for her. (In another essay, Kael rants against Ann-Margret for being too sexy.) There’s some psychological drama going on with Kael that goes beyond a simple movie review.

“Up there, they’re all in their places with bright, shining faces.” “No, nothing mars this celebration of togetherness.”

At the horror of a depiction of a happy family, Kael wants to send the director, Robert Wise, a wire saying, “You win, I give up,” and “We both lose, we all lose.”

Is this not ridiculously over-the-top?

“—people who accept this kind of movie tend to resent work which says that this is not the best of all possible worlds,” Pauline Kael concludes. Note the word accept. Accepting this movie for what it is, is dangerous, in the Pauline Kael playbook.

Is what she said true? Even then, in 1965, one could find plenty of movies showing that this was “not the best of all possible worlds.” Don Siegel’s “The Killers”; or “The Manchurian Candidate”; or “Fail Safe”; to name three strong candidates for what she sought. I’m sure that, even then, a happy movie like “Sound of Music” was the exception. I also think that’s why audiences flocked to it.

These were people, many of whom had lived through the most terrible of possible wars, a war filled with genocides, the obliteration of cities and peoples, uncountable millions of casualties and the use of nightmarish weapons, including the atomic bomb. A little over a year before the movie came out, the nation was traumatized by the assassination of its young President. Musicals have always been an escape from reality. One can’t blame the 1965 audience, in this instance, for seeking an escape; for thinking that the world should sometimes, or at least once, be a wonderful place.

“The Sound of Music” was always an exception. Today its like, sugarcoated flaws and all, is nowhere to be found, among the barrage of nightmarish action adventures filled with flying body parts, or gross-out comedies, or death-filled mob movies, or flesh-eating zombies, hundreds of examples of such “entertainment,” a nonstop in-your-face assault of the worst of all possible worlds. Pauline Kael’s irrational fear of too much happiness was for naught.
Posted by King Wenclas at 7:36 PM 1 comment:

What the People Think

It’s always interesting to see what unbiased readers think about the product of the literary intelligentsia. Case in point is this review of Chad Harbach’s The Art of Fielding:

Posted by King Wenclas at 7:22 PM No comments: