Elon Musk and the Myth of Invincibility 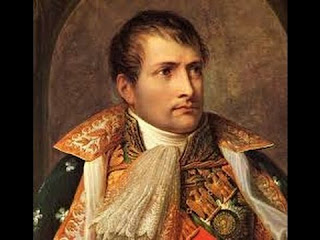 THERE ARE numerous reasons to think the stock price of Tesla Motors is way too high. Foremost among them has to be that the valuation is based on the hyperbolic persona of one person: Elon Musk.

To date he's tangled with co-founders, critics, banks, regulators, competitors, media, and always comes out on top. Which doesn't mean this will continue. The one person in fact who can least afford a public setback is Musk, for this would puncture the bubble of perception about his unstoppable genius.

In this regard, the historical example most analogous to his situation is that of Napoleon. You know: the French conqueror who at the height of his success crowned himself emperor. A giant setback was sure to follow-- and did, when Bonaparte invaded Russia, then quickly enough had to leave, his much-lauded army vanished in ice and snow.

There's a kind of immutable law in the universe which decrees if you get too high, too hubristic, you're due for a devastating crash.

Anyway, I wouldn't bet against it.

Posted by King Wenclas at 12:35 PM No comments: