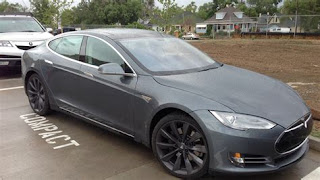 IF I were heavily invested in Tesla Motors-- or shorting it-- right now I'd be scrambling to find objective analyses of the company, its cars, and its stock. Yet objectivity is in short supply on the topic. Polarized are the competing voices: Tesla/Musk fanboys versus vociferous shorts and critics.

From the beginning Tesla has been a historic gamble. Elon Musk and his partners spotted an opening in the universe and decided to jump through it: be the first to build an exciting, marketable, competitive electric car. The gamble has paid off tremendously-- Tesla Motors sitting at a trillion-dollar valuation. But it still is, as it's always been, a race against time.

The Gamble: Create and dominate the Electric Vehicle market before established manufacturers gear up to stop you.

I'm from Detroit. My dad worked in auto plants most of his life. One of my older sisters dated a high-level General Motors manager. I worked in an auto plant-- Dodge Truck-- right out of high school. I worked on cars with my dad from when I was eight. Growing up I was steeped in car culture, and more, in car industry culture. Based on John DeLorean's sad story, as well as the movie "Tucker," I was taught to believe it's impossible to build a car company from scratch and compete with the giants. Too much knowledge and expertise required, too many resources involved.

To date Tesla Motors has fifteen manufacturing plants of all kinds around the world both operating and planned. General Motors alone has 122, half of which it claims can be converted for EV manufacture.

Tesla's gamble is akin to the gamble taken by the German army in the summer of 1941 when it invaded the Soviet Union in Operation Barbarossa. (Sorry for the analogy, but I can't come up with a better one.) Or: Invade Russia, get to Moscow and defeat the decrepit regime before said regime can mobilize its enormous resources and population to stop you-- and before the brutal Russian winter does likewise. Even maniacally overconfident Hitler knew the risk. He's quoted as saying it was like opening the door to a dark room, in which you don't know what awaits on the other side.

History shows the Germans won many battles, had phenomenal success, but it wasn't enough. They lost.

Is this the fate which awaits Tesla Motors and Elon Musk?

(I'll have more to say on the topic.)

Posted by King Wenclas at 5:26 AM No comments: 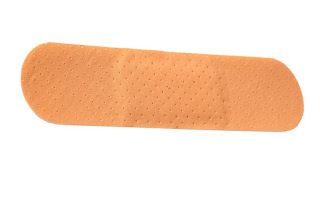 HYPER-CAPITALIST overconsumption has swept the planet, based upon three pillars: monopolistic multinational conglomerates, big box stores, and the Pavlovian nightmare demand-creation machines of television and the Internet. Step back to assess it holistically and it becomes a many-tentacled monstrous Machine far outside human scale, overwhelming we humans.

What's the response of the self-appointed Harvard-centered left?

They've decided to place a band aid on the leviathan. Many fervent debates, disputes, and protests around the edges. "If we can only make life a trifle better for the working class. Not diminish or break up or tear down the monopolies, or turn off the flow of babble from their electronic media adjuncts-- never that-- but maybe get a few extra benefits for those trapped within the unceasing madness!"

THUS a bill is passed to place said band-aid upon the Machine. A committee is delegated to perform the feat, to many media features and much celebration. "We did it" proponents proclaim. "Yaaay!" unknowing fans shout, prodded by their smartphones, televisions, and other brainwashing devices.

The day arrives. A tiny object is placed onto the ever-growing monster. The delegation proudly returns. The job: done. After confetti and parades, the delegates returned to their plush offices, life has become once again calm. Except for the ever-throbbing Machine of course.

Those the solution was supposed to help glance at the Machine, squinting, trying to see what is now upon it. They move closer. They spot something. They realize what was stuck after all upon the Machine was not a band-aid, but a happy face. 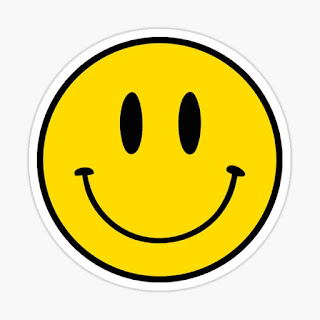 Posted by King Wenclas at 7:01 AM No comments: