The Worst Novel Ever?

Ever see the satirical movie about the art business, “Untitled”? Toward the end of that film, an “artist” appears whose “art” consists of pencil scribblings on sticky notes. When someone interviews him about his work, he’s so intellectually feeble he can respond only with vague mutterings; gurgling his words like a two year old. 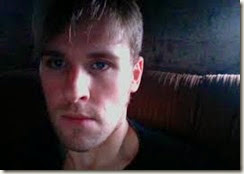 I thought of this character when reading a review at L.A. Review of Books by one Tiffany Gilbert of the latest novel by alt-lit icon Blake Butler, 300,000,000.

This single review shows everything wrong with the established literary game and the New York-based book business. The novel is about a man’s quest to kill everyone in the entire country. Ambitious, one could call it, I guess. It’s apparently written in standard postmodern style. Think David Foster Wallace. Only more so. The idea that Harper Perennial would invest a large sum of scarce funds into publishing and promoting this kind of work is, on the surface, incomprehensible.

The people at Harper Perennial (won’t be “perennial” for long!) need to ask themselves: What business are they in? Answer: Selling books! How do they presume to market a novel which is deliberately hostile to the reader? Tiffany Gilbert: “—Butler usually destroys understanding, favoring emotion and instinct over narrative.”

“Butler remains elusive, creating linguistic puzzles that we must sink into rather than solve.”

Linguistic puzzles! Haven’t we seen that before? from Nabokov, Pynchon, Foster-Wallace et.al.; from all the postmodern academy darlings praised by academy types who love “sink”ing into such shit because they apparently have nothing better to do? Justifies their standing in front of classrooms of the naive and gullible.

Tiffany Gilbert says that we as readers are “often demanding that our narratives conform to conventional rules of sense making.” (Sense making? Who wants sense making?) “Butler defies those expectations.”

Tiffany Gilbert is gushing about Blake Butler’s work, signifying his literary importance. Butler provides more than enough convoluted mish-mash for a Tiffany Gilbert to rationalize about.

Would I be surprised to learn that Tiffany Gilbert has a Phd from somewhere, and works as a university professor? Not at all. You have to be trained to buy into (or “sink into”) a compendium of nonsense. It doesn’t come naturally.

“Unlike many contemporary writers,” Tiffany Gilbert assures us, “Butler does not dabble in darkness. He is ensconced in it.”

(Great. That’s all we need from today’s art. More darkness!)

There’s a larger point to be made about the new generation of approved writers—their white guilt and self-hatred; their pessimism; their disbelief in God, themselves, anything and everything. Warped, miseducated creatures; casualties of a broken educational system and a twisted, hate-filled philosophy. That’s a point for another essay!

From the start the alt lit writers weren’t literary artists, but con artists. They carried a postmodern philosophy which says there is no truth, nothing means anything and it’s futile to try to know anything. A novel like 300,000,000 is the logical result. The alt lit writers have made no effort to learn the difficult essentials of writing a competent, readable novel. (It takes talent to be readable.) To learn literary tools like structure and form; pace, clarity and plot. The artful weaving of narrative threads (there’s that darn word “narrative” again!) to build interest, suspense, and momentum. The drawing of believable characters.

Why should alt lit authors bother with such quaint notions, when a Harper Perennial will publish their vomitry regardless?

The related question is: Why is Blake Butler shoving so many novels through the crumbling Big Five publishing system? Possibly because he suspects the Big Five’s days are numbered. Or because he realizes a con game can go on for only so long.

There are only so many over-trained professors out there looking for something to laud.

“—at one point, he sucks the eyes out of a miscarried fetus after killing its mother.”

Did I mention the novel’s about a serial killer?

Think of the sad mindset of those individuals who’d actually care to read this novel. Or would read it. If there are in fact very many of them, this civilization’s in trouble.

The postmodern prose style—not the subject—will be most offputting to general readers.

“Philistine!” a Tiffany Gilbert might say to anyone expecting that a novel make sense.

Anyway, who cares today—in the “intellectual” crowd—about the market?

But a novel is not only subject to the market, it’s subject to aesthetic rules. Rules which conform not to academy dictates, but to the hidden rules of nature and the universe. General rules appreciated by all, except for confused well-brainwashed alt litsters, or professors like Gilbert, who seem to believe there are no aesthetic rules. If nonsense is acceptable, nonsense is not only possible, but probable.

May as well have the proverbial 100 monkeys then pounding on keyboards to see what occurs. The outcome might be better than Blake Butler’s 300,000,000.

Are there alternatives to Big Five nonsense? Yes! It comes from the DIY ebook crowd, and from New Literary Media outlets like www.newpoplit.com.

(Be sure to read, at New Pop Lit’s Opinion page, my essays on another alt lit figure, Tao Lin.)

I'm sorry, but your article just makes too much sense. I prefer to be ensconced in darkness, myself. Preferably a sinkhole of incomprehensible darkness,thank you!