The Inanities of Conspiracy Thinking 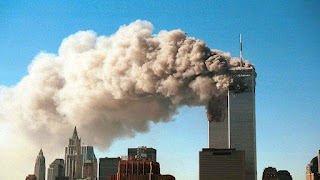 No doubt there are countless actual conspiracies out there plotted by devious persons inside government and out of it (along with a mass of grifters of every species). For those interested in discovering the actual truth of happenings, however, standard conspiracy hysteria does truth a disservice, by creating layers of speculative noise through which the truth seeker must wade to find understanding.

Case in point is the 9-11 Twin Towers matter. Now, it's possible someone dynamited those towers. It's likely we haven't received 100% truth of the matter-- given the nature of governments, we never do. BUT-- some of the scenarios thrown out by the conspiracy crowd are close to ridiculous.

One needs to always try to look at a supposed plot through the eyes of the plotters.

Did the CIA perpetuate 9-11 in order to create justification for war in Afghanistan and Iraq?

I can see the meeting at CIA headquarters. Or perhaps, in an underground bunker someplace.

"We need an excuse for war," the head guy (Dick Cheney?) tells those gathered around the table in the low-ceilinged room deep underground. "Any suggestions?"

Possibilities are endless. A staged attack on U.S. forces someplace in the Mideast. Backing of various rebel groups. The planting-then-discovery of WMDs. A hand raises in the corner.

"Why don't we attack our own main city, knock down the symbol of capitalism-- the Twin Towers-- killing thousands of our own people, destroying immense wealth and collapsing the stock market and our own investments in the process."

(Silence. A frown from the head guy. A silently pressed button. Men in sunglasses enter the room and carry the person who made the suggestion away.)

OR: Of all the ways to create a rationale for war in the Mideast, the actual attack as happened seems the least likely. Yes, it would accomplish your objectives-- and then some. But you might have friends or relatives who'd stray in the vicinity. You might shake the stock market bubbles beyond recovery. Your fingerprints might be discovered on the crime-- as a result of which you'd be crucified. Something could go wrong. With complex plots, things always go wrong. (As happened with the resulting wars themselves.)

We should also remember-- a minor point-- that the mission of the Central Intelligence Agency and indeed of the President and VP is to work for America, however corruptly or ineptly. The home team. The 9-11 conspiracy scenario is like a chess player knocking down his own queen-- or an NFL quarterback scoring a touchdown the wrong way-- and then celebrating.

The first rule of everything is to keep the plan as simple as possible. The knocking-down-your-own-skyscrapers with jet planes is anything but. It is the kind of thing America-hating religious fanatics might think up.

To top it off, we're to believe controlled demolitions went off at the same time? Talk about a complicated plot! Only a lunatic could think of it. And toward what end? If the purpose was to impress/terrify the world, wouldn't the planes themselves be enough?

OR: Maybe there was evidence in WTC 7's CIA office the conspirators needed destroyed?! Cue the jets and demolitions. Could they have sent someone in surreptitiously to take out the papers or videotape? No, too easy. Blow everything up instead.

Which would be like dynamiting a house to get rid of a few ants.

There is, by the way, testimony on the matter from ex-CIA (supposedly) pilot John Lear, who makes the plan more complicated yet. Lear claims the jets which rammed into the Twin Towers on 9/11/2001 weren't 767 passenger airliners at all, but instead, military planes disguised as 767's. Okay. I mean, why not? If you're imagining scenarios, there's no limit to what you can come up with.

John Lear, incidentally, is the same guy who claims there's a colony of 250 million humanoid aliens living on the moon, that the USA first went to the moon in 1962 and made regular trips to Mars in 1966, that Mercury, Apollo, and the rest of the missions "were just decoys to distract the population's attention about what we were really doing" (Vietnam?), and many other fun things.

Like most conspiracy theorists, John Lear is either a jokester, a con man, or insane.

THE FOUR LEVELS OF CONSPIRACY CREDIBILITY

Lacking further evidence, 9-11 conspiracy theories to date are at Level One.

(For a look at a different conspiracy theory, click here.)